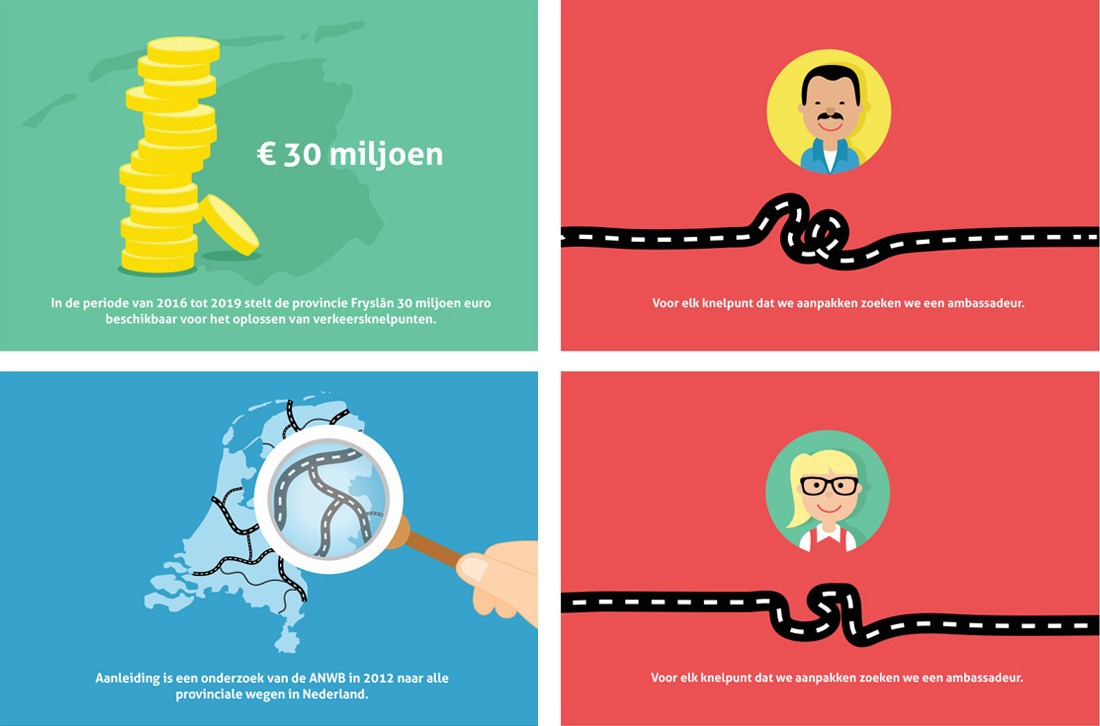 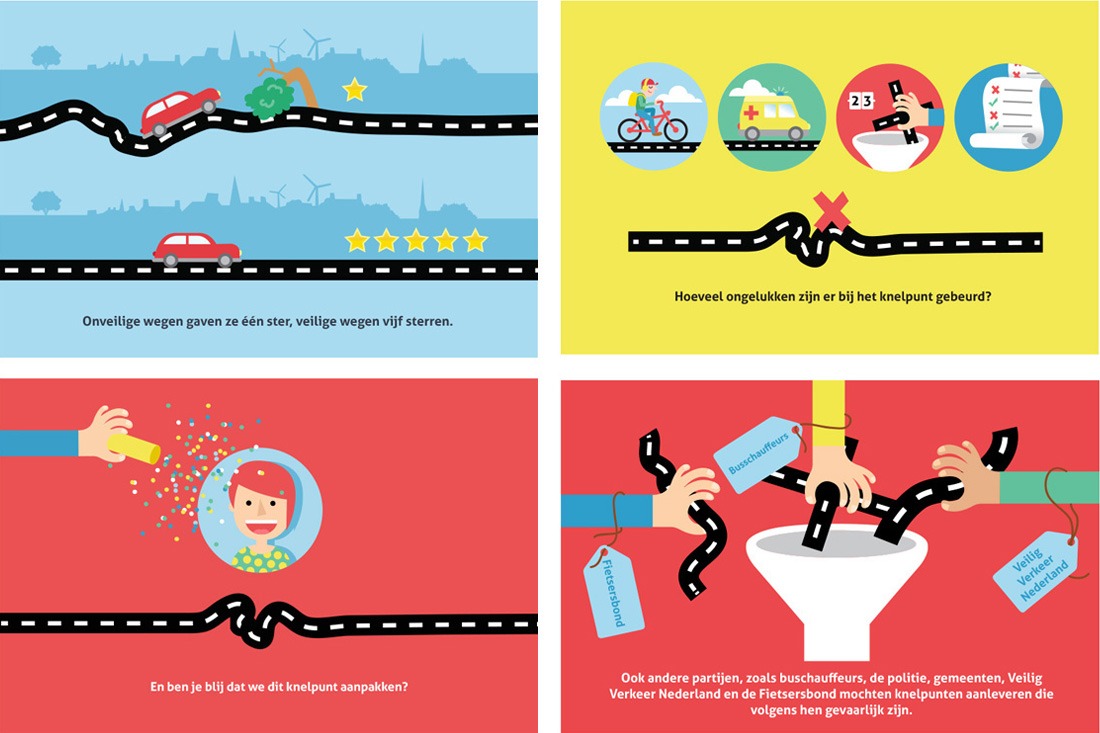 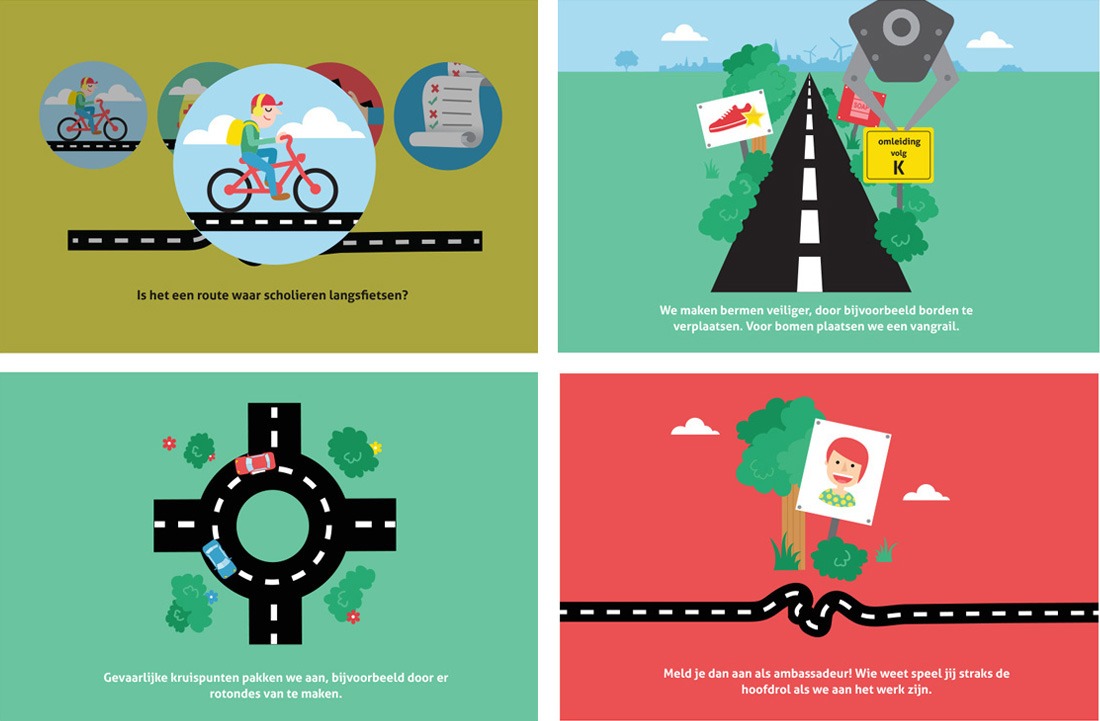 In the period 2016-2019, the councel of Fryslân will make 30 million euros available for dealing with dangerous traffic situations on the provincial roads. In order to recruit ambassadors for these bottlenecks, an explainer animation was developed. I translated the script from the animation to the image, after which the animator made a video of it. Commissioned by GH+O communication